When Joshua left Egypt, he was merely a young man and caught the attention of Moses. Despite his age, he followed Moses carefully, recognizing that he served the one true God; this aspired him to be by his side. After being liberated from Egypt, Joshua didn’t pursue his own affairs, but sought-after God and grew to love Moses his leader. Joshua didn’t view the 40 years he spent in the wilderness as a burden, but rather a place of learning and an opportunity to grow in the Lord.

Joshua had the opportunity of seeing many powerful occurrences that God wrought through His servant Moses. As a result, his trust in God became very strong. This was demonstrated after he went to spy the land; only he and Caleb returned with a good report. It was clear that he had Faith in God because he didn’t care that their appearance was inferior to the inhabitants of the land and the surrounding nations.

God had not spoken to Moses or Joshua concerning who would lead the Israelites into the promised land. It wasn’t until Moses died that the Lord spoke to Joshua concerning the role as leader.
“After the death of Moses, the servant of the Lord, it came to pass that the Lord spoke to Joshua the son of Nun, Moses’ assistant, saying: “Moses My servant is dead. Now therefore, arise, go over this Jordan, you and all this people, to the land which I am giving to them—the children of Israel.” (Joshua 1:1-3)

Joshua must have been shocked that he was given such a prominent role as leader so suddenly; immediately after, God said: “Every place that the sole of your foot will tread upon I have given you, as I said to Moses.” (Verse 4)
Since Moses was his teacher, he would share of what God spoke with him. Remember, Moses wrote five books including Genesis where God promised their father Abraham territory that He would cause his seed (the Israelites) to inherit. Joshua was now standing at the foot of that promise and on the verge of fulfilling what God spoke about 500 years ago! Given the circumstance, I thoroughly believe that Joshua kept the scrolls Moses wrote.
Many of you reading are in the situation Joshua was all those years ago, you are going to see the fulfillment of promises God made you years ago. God honours His Word and He is going to fulfill what He spoke. God is faithful! The Lord showed me that this year is going to be a year of breakthrough!
After the Word of the Lord came to him, I picture a dialogue between Joshua and his wife. Imagine Joshua approaching his wife saying, “Honey, the Lord spoke to me saying that we are the leaders of this people now, and God is going to use us to fulfill what he told Abraham.” In response she says, “Are you sure you heard God?” “Yes” Joshua answers, “I heard right.” After a brief pause, she replies, “Well I’m with you; I will support you and be by your side.” Flabbergasted by her response, he revealed more saying, “let me read you what God told me. God said that no man will be able to stand before me all the days of my life and as He was with Moses, He would be with me also.” Amazed by the statement, she responds by saying, “I remember Moses, he was a great man; a man of God and God said He is going to use you at that magnitude? What else did He say” she added. Joshua continued, “He said I will be with you and I will not fail you. I will not fail you and not forsake you.”

He continued, “Just be strong and of good courage, for unto you these people shall you divide this land.” After pondering upon his words, she interrupts by saying, “Are you sure God said you will divide it? This is such a big responsibility Joshua.” “I know” he replied, “Let’s make a decision right now that no matter what, we will serve the Lord! Both we and our house!” He went on saying, “remember how young we were when God brought us out of Egypt through Moses. Although our opposition was great, God went as far as to divide the sea and have us walk through it on dry land.”

Following Moses, Joshua didn’t know that God was going to do the same thing through him, by having him cross the Jordan River. Joshua didn’t know that God was going to perform so many miracles through his life. Prior to him, Moses was their leader and encourager. And now they will have to encourage themselves and the people. So she said, “What did God say? How are we going to do this? Joshua reading from his journal quoted God saying, “Be strong and of good courage, for you shall divide the inheritance for your people. The land which I swore unto the fathers to give them since.”

What we see taking place in Joshua’s life is a picture of Revival! This was the very same land that God had promised them through Abraham. As he continued talking with his wife, Joshua went on to say, “This is what the Lord commanded me. “Only be strong and very courageous, that you may observe to do according to all the law which Moses My servant commanded. Don’t turn from it to the right or to the left, that you may prosper, wherever you go.” Upon hearing this, his wife said, “Listen Joshua, you have to make a decision now as the leader to stay in the Word of God. Otherwise there is a possibility that you might lose the call.” Oftentimes, God uses women to give wise counsel to men. I experienced this myself with my wife Svetlana. I have lost count of times that God used my own wife to give me direction, despite the fact that I am a leader.
After digesting what Joshua had told her, she leaned ever closer to him and asked, “was there more?” “yes” Joshua answered, “let me read it to you.” He went on reading, “This book of the law, God said, shall not depart out of your mouth.” After reading this, Joshua said, “let’s make sure we confess good things and not make the same mistake the unbelieving generation did who died in the wilderness because of their unbelief. Instead, God wants us to speak His Words, which contain faith.”

Before blurting out comments concerning your situation, examine it through the Word first. Like with Joshua, we are to meditate on His Word day and night. Therefore, continue to study and abide in the Word so that we can observe to do everything written in it. Moreover, by dwelling on the Word, our mouth will utter God’s will. After hearing what Joshua told her, she answered by saying, “Here’s your answer; you have to make sure that from now on, you study God’s Word and not just read it because without His Word you will never be successful!”

Our position in Christ is our promotion; remember that our dependency is only on Him. Upon realizing this, we will make our way prosperous and have good success. After giving her input to Joshua, he kept reading, “again He said, “Have I not commanded you? Be strong and of good courage; do not be afraid, nor be dismayed, for the Lord your God is with you wherever you go.” Amazed by the statement, she said, “Joshua do you realize that God is unraveling here?” Intrigued by her enthusiasm, he asked, “What did you have in mind?” “Remember this” she said, “discouragement, disappointment and fear can kill you and your destiny.

These arrows the enemy shoots at us cannot be quenched unless we fight them. The truth of the matter is that there is no deliverance from this. The devil always uses the same weapon, only when you are determined can you overcome with the help of Jesus Christ; the final result will be great success. Finally, she said, “Joshua, only now do I realize what is taking place; a great revival is upon us and God is entrusting us to carry it forward.”

We are on the verge of fulfilling what God told Abraham 500 years ago; let’s be determined not to fail. In the end, Joshua won every battle because he trusted God and stood upon His Word. Whether it be Joshua or the Prophets, they were common human beings like you and I. Take Elijah for instance, James tells us that he was a man of like passions, yet he had power over the rain because he trusted God. With that said, let us gird ourselves with faith because I believe that this year, we are going to see the glory of God. Make sure you allow God to prepare you because a notable change is going to take place in your life; just be faithful. 2019 is not an ordinary year, trust God and cling to Him because He is going to use you. He loves you to the point that He gave His life for you, that is why He won’t deny you by putting you on the shelf. Get ready for what God is about to do!
God bless you!
Gennady.

This author hasn't written their bio yet.
admin has contributed 5 entries to our website, so far.View entries by admin 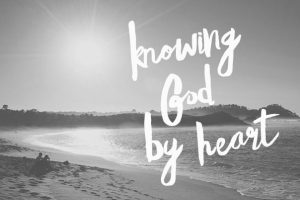 The Heart of God.

Today we are going to have an in depth look[...] 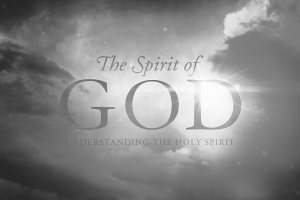 Shalom dear friends! Today we are going to be talking[...]

And I didn’t Know It.

Now this is the testimony of John when the Jews[...]

Any questions? Please send us an email. Thank you.